I Couldn't Have Put It Better Myself 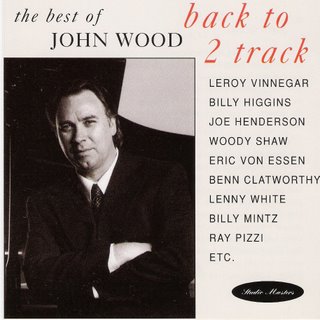 Liner notes from “Back to 2 Track”: The Best of John Wood

One thing I like to talk about is how things in the recording business have changed. For instance, in the old days of the three-hour session, where three hours rendered you four finished songs, they'd hand the studio owner a check for the time and walk out with their next four sides for release. These days, with mega-multitracking, people find it very hard to say they're finished with what they're doing.

I think this multi-track process makes monsters out of people, because there's no totality. There's no beginning, no middle and no end---just this amorphous thing that goes on and on, and no one can really recognize what it is that they're part of. In looking back, there was a simplicity and a way to comprehend things for everyone, both for the people who rented the studio and for the studio owners. They came and they lived or they died for those three or four hours that they booked the studio. And then they walked away. And the guys who played knew that it was a complete entity. Today, they've all lost control.

I believe that from the beginning of the human race, music has played an important part in the quality of life. So if American music began to lose its humanity, as it did starting in the late '60s, then essentially there's been no music in America for 25 years.

Sure, there'll always be a live-music niche, and there's a perception and desire to get back to basics, but I think we have a huge distance to go. In the early days, artists released five or six albums a year. Per year! That is the nature of music and of the days when music drove the music business.