In my highly checkered occupational career, by far the most unexpected and anomalous job I ever had was as an assistant librarian at L.A.'s rightfully famous Marlborough School for Girls. Somewhere around 1993 I had gone to an employment agency seeking a job as a writer-researcher, but for some reason I was sent out to apply for the Marlborough gig. I was more-or-less hired on the spot because the head librarian, a very nice man by the name of Peter Chinichi, told me he just had a gut feeling that I was right for the post. I felt that I really had no choice but to accept. And as it turned out, he was right!

I stayed there for a couple of highly rewarding years, living in a fool's paradise. At least to my eyes, there could not have been a more idyllic place. Five hundred or so students were spread out among grades 7-12, and in the time I was employed by the school I never saw any undue melodrama, or unleashed hidden agendas. I could go on and on; I COULD, in fact, write a book. But Marlborough is not the reason for this post. Instead, this fleeting backward reflection is only meant as introduction to a highly amusing Christmas gift given to me one season by one of "my students," an exceptionally droll and bright, young woman in her mid-teens, Candice Kim.

I misplaced that objet here at Oblivion Towers and only came across it the other day while doing some--what passes for here as---Spring housecleaning. Glad I found it. Pretty witty and TIMELY stuff (below is but one of several "chapters"), but then what would you expect of a 1990s teenager who masqueraded one Halloween as Jack Kerouac?

I lost track of all the students after I left Marlborough over a rather benign salary dispute. But---no surprise---I DO see the names of several in the papers not for robbing liquor stores and some such, but rather for their impressive ongoing achievements in various and sundry fields of the arts, sciences, etc. Which is only to be expected, thanks to the care and feeding accorded the students by the faculty and administration of this remarkable institution.
________________ 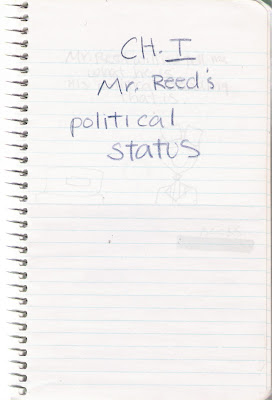 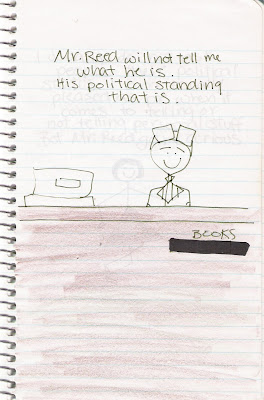 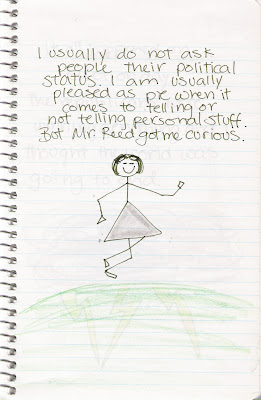 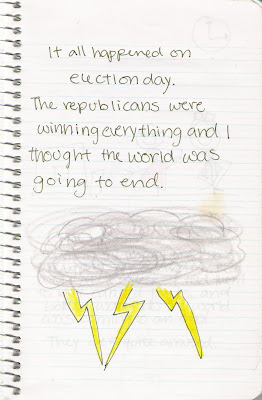 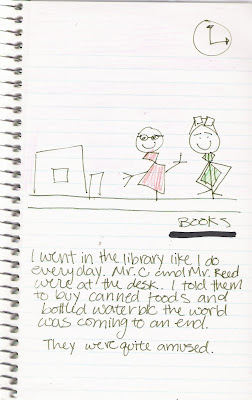 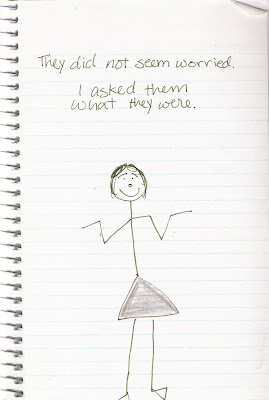 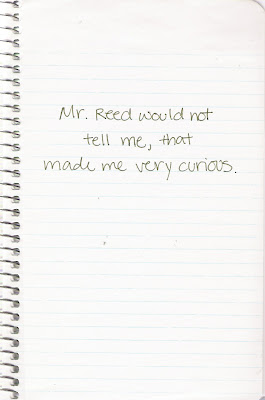 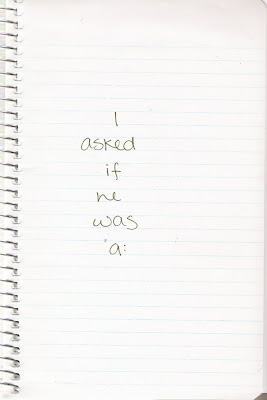 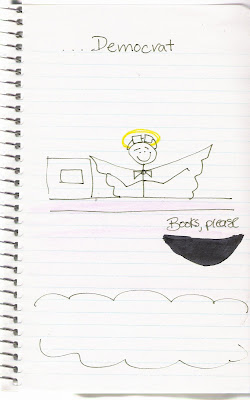 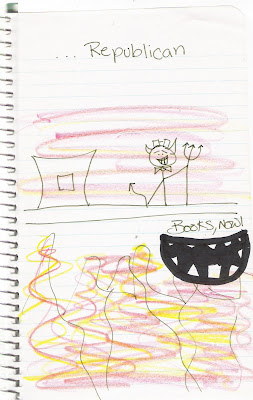 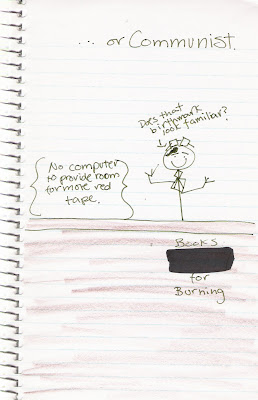 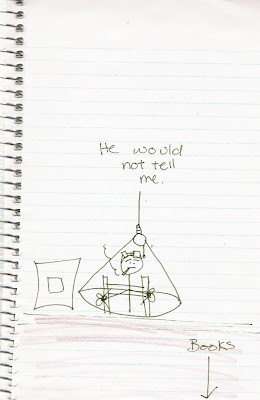 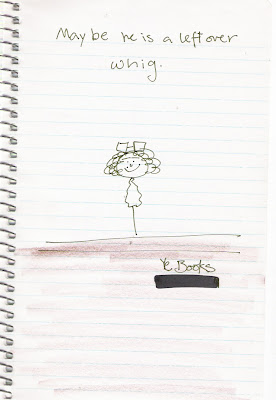