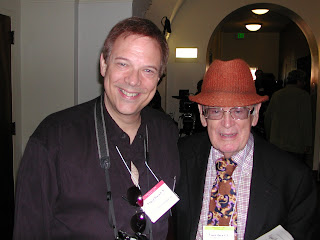 What a great article! My mother's only sister, Roney Prewitt, was Jimmy's first wife (in Port Arthur, TX). My family had some great old pictures of him in his "zoot suit" playing music in the band with my grandmother and my mother's first husband, Jimmy Cedars.
So sorry to hear of his passing...