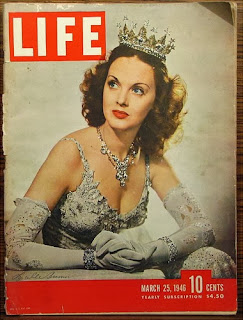 PT ONE OF EXTENDED BREMER PROFILE; TO BE CONTINUED
Posted by Bill Reed at 11:53 AM

To say that I was overly-surprised by how under-whelmed everyone seemed to be by the first Bremer post is a vast under-statement.

Always curious about Lucille Beemer and her career (and her relationship with Freed). She was marvelous in MMiSL but her later career didn't do her justice. Perhaps her 'casting couch' beginnings put her on the outs with the rest of the Freed Unit.