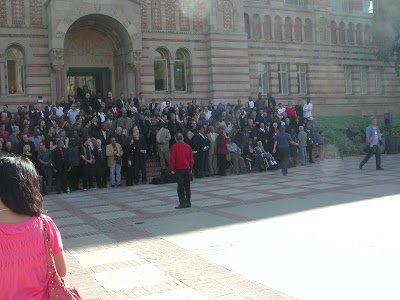 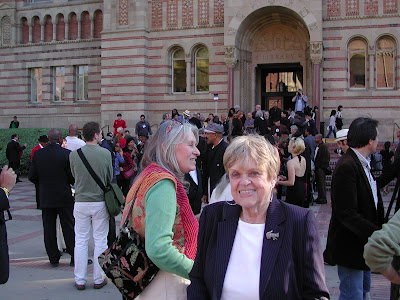 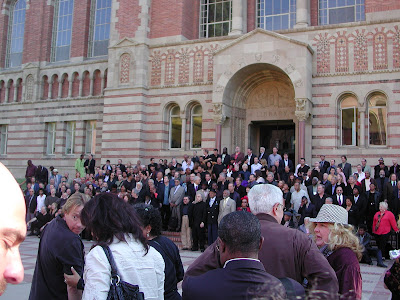 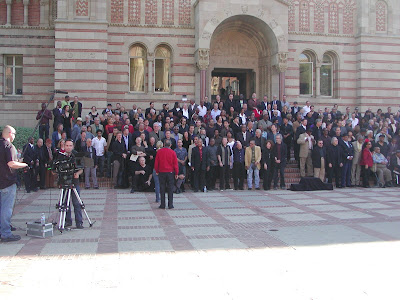 ___________
Today I accompanied some jazz musician friends of mine who were to take part in a latter-day restaging of Art Kane's famous 50s photo Great Day in Harlem. The mammoth event at UCLA, Great Day in L.A., was to have been overseen by jazz photog William Claxton supervising a crew of other shutterbugs. But he was a no-show. Prior to the group shoot, the official version was that he had become ill. But after the last shot had been taken, it was announced---shades of Gower Champion---that the truly legendary Claxton had died yesterday. I only met the guy once, but I'm pretty bummed out. The twilight of the gods and the end of an era. And not such a Great Day after all.
Posted by Bill Reed at 6:40 PM