The March 2008 issue of Japan's Jazz Critique magazine contains my profile of Helen Grayco, which has been lovingly translated into Japanese by my good friend Keizo Takada. The interview with Grayco was conducted late last Winter on the eve of the Japanese reissue of the singer's album The Lady in Red.

Playing it Straight
by Bill Reed

In the 1930s, legendary Hollywood producer Irving Thalberg was insistent upon breaking up the antics of the Marx Brothers in their hit films with various straight musical interludes from the likes of Allan Jones, Kitty Carlisle and the temporarily calmed-down personae of Harpo Marx at his instrument of choice. Even the staunchest fans of the Marxes, Thalberg felt, needed an occasional break from the mayhem. A decade later, in the mid-1940s, legendary comedy bandleader Spike Jones might have taken a cue from Thalberg when he hired a beautiful, young, blonde singer to be a part of his group. At first glance she might have seemed out of place in the Jones organization which specialized in the likes of gunshots, whip cracks, fog horns and so on in their zany mega-hit recordings of such as “Cocktails for Two,” “Chloe,” and “Der Fuehrer’s Face.” Underscoring this point, Grayco recalled her first meeting with the bandleader to me in a late 2008 conversation with her in Los Angeles where she currently resides:
continued here_____________ 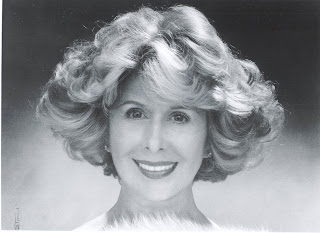 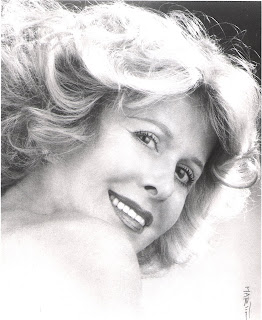 Recent publicity photos of Helen Grayco
Posted by Bill Reed at 11:49 AM

Great article. Thanks. It would be nice if the Japanese companies would reissue collections of the singles of singers like Helen, regardless of the material. I look forward to more of your excellent profiles. They deserve to be collected in a book. Any possibilities?