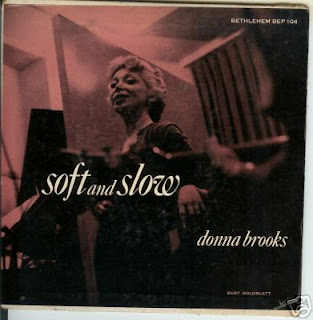 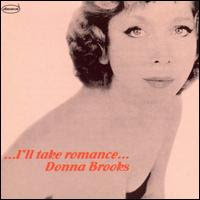 Thanks to Jeronimo!
Posted by Bill Reed at 12:22 PM

Sorry for the confusion. Not an Lp but an EP. Tracks: Gone with the Wind, Things We Did Last Summer, What More Can a Woman Do, Lullaby of the Leaves. Recently went on ebay for 245.00. Too rich for my blood!

Just found that Alex Smith recorded/composed in 1956 a tune called 'Donnybrook'...a tribute to Donna?
Bassist and drummer are the same as one the Brooks LP, including Norm Marnell (ts) and Ed Mattson (tp)

UGH It's one of those things that's impossible to find. I'll never get it