A faithful reader of this blog writes me this a.m.:

"And did you notice that the segment in the 11/28/2005 Letterman, the one about the coffee from Starbucks being pumped into the Ed Sullivan Theatre, is a parody of the climax of King Vidor's 'Our Daily Bread'?"

I'm not surprised. I cannot even begin to tell you how much I am in awe of Letterman. Just so much in the great midwestern humorist trad of George Ade, Herb Shriner, et al. (And of Bob and Ray, Henry Morgan, Fred Allen, and so on and so forth.)

It is a measure of Letterman's brilliance, I think, that on those somewhat rare occasions when he has a NEWSMAKER on, that he is usually entirely serious and devoid of japery.

Last week he showed the now famous footage of Boosh trying to unsuccessfully open doors in China. Then said, "Talk about not having an exit strategy."

Yeah, I know he has someone write that stuff. But he's the one who does the genius hiring.

If only he didn't have on those demographic-skewing (allegedly) musical acts for the kiddies. i.e, Urban Sprawl, The Triffids, Martha Proud and the Birth of God, ad nauseum. 99% gar-bage.

My web site
Posted by Bill Reed at 9:04 AM No comments:

An amazing affair whose attendees included several other swingin' docs, and a multiple PHD cat---name escapes me now-- who wielded a rather nice alto sax! Also cardiologist, Stephen Berens, who plays first rate jazz piano. So good, in fact, that a private for-friends-only recording that he cut recently has now ended up in rotation on Sirius satellite radio.

Attending also were the three, not-so-arguably, finest living jazz arrangers: Bill Holman, Bob Florence, and, of course, Johnny Mandel. And some of the best singers, including Morgan Ames, Michael Mishaw, Shelby Flint, Melissa MacKay, Bill Henderson, and Pinky Winters. Henderson sang "Sleepin' Bee" and Winters, accompanied by Bob Florence, gave us two songs, Mandel and Frishberg's "You Are There," and "I Thought About You." The others were heard in the context of the vocal group, Inner Voices. You can catch their annual Christmas concert this year on the 18th of December at L.A.s Jazz Bakery.

Among the other guests were: Van Alexander, Quincy Jones, Ruth Olay, Bill Marx, Marilyn and Alan Bergman, John Pisano, Pete Christlieb, Gary Foster, Tim Weston, and many dozens more. That list should convey the sense that the evening consisted of not only wonderful conversation, but great non-stop music, as well.

Had a nice long talk with Bill Henderson. I have two manufactured but unauthorized recordings of him with which he was completely unfamiliar. They are very very good, especially for bootleg CDs. I will send him copies. ("It's not the first time I was ripped off," he laughed. "And probably won't be the last.") Meanwhile, he surely would love to get those great Discovery recordings of his re-released. He was amazed that I actually know who owns the rights to them. He has never been able to find out.

If there had been---heaven forbid---a bomb dropped on the Beverly Hills manse where the celebration was held, you'd have effectively wiped out what's left of a (mercifully) still vital L.A. actual music scene.

My web site
Posted by Bill Reed at 4:12 PM No comments: 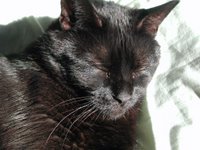 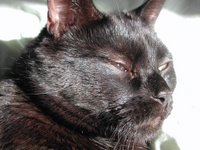 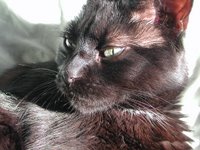 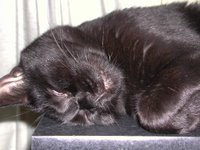 Head shots
Posted by Bill Reed at 11:23 AM No comments:

The first person to identify this mystery vocalist (link for a limited time only)wins a free copy of Bill Black's Down in the Depths. Reply using "comments" toggle below. Deadline, midnight next Sunday, November 27th.
Posted by Bill Reed at 11:09 AM No comments:

Highly recommended. On Letterman a couple of weeks ago Garr referred to a very rare form of MS (which she has) which "makes you believe that Phil Spector is innocent." In the book it's "in extreme episodes you might think that O.J. Simpson is still going to track down Nicole's murderer---unlikely, but possible." Budabing budaboom!

She'll be doing a signing at L.A.'s Book Soup on December 15th. You can spot me. I'll be the one with the deliriously adoring grin on his face. But then, that's not much of a clue it it? Folks really love Teri Garr!

My web site
Posted by Bill Reed at 9:03 PM No comments: 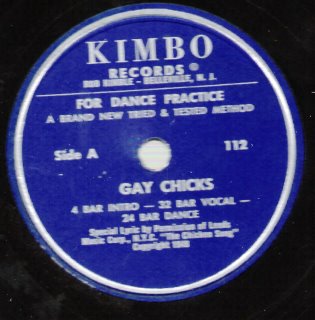 My web site
Posted by Bill Reed at 8:05 AM No comments: 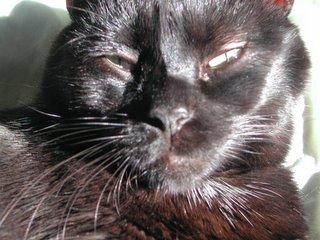 Get da funk outta my formerly feral face!
Posted by Bill Reed at 11:00 AM No comments:

The first person to identify this mystery vocalist wins a free copy of Bill Black's Down in the Depths. Reply using "comments" toggle below. Deadline, midnight next Saturday, November 20th. 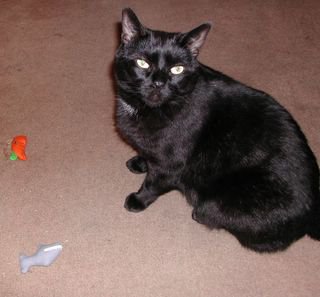 Teri back with Dave

It was so terrific to see Teri Garr back on the Letterman show after a skeenteen year hiatus. One suspects that there could have been some bad blood between Dave and Teri--there were rumors of an affair that might not have ended well--that caused her to vertiginously drop from view on the program, on which she was a regular. But then Garr's protracted absence from the show began, ten years or so ago, at just about the time she was diagnosed with MS, and so I factored that into the Dave disappearance equation as well.

I always thought that, in addition to being a hell of an actress (vide: One From the Heart, Mister Mom, Tootsie, Young Frankenstein, etc. ), Garr gave just about the singlemost funny TV panel turns of all time. Right up there alongside Dody Goodman and Genevieve on Parr). I can recall that my ex-employer, Ricky Jay (real name Richard J. Postash), felt similarly.

I really missed Garr on Letterman a lot, but I kept up with sightings of her. These included voiceovers in the Skooby Doo movies (gakkk), and a very very very close friend of mine (I guess you catch my drift) saw her speak a year or so ago speak at an AIDS charity function. He reported back to me that she was both effective in the points she was making about that disease and still able to bring down the house with humor at one and the same time. So that was goods news!

She is out and about the past few weeks flakking for a book she has written, Speedbumps: Flooring It Through Hollywood. Hudson Street Press, original title: Does This Wheelchair Make Me Look Fat? And that is what brought Garr back full circle to her appearance on Dave last night. Promoting her book.

Usually I timeshift Dave, and watch him the next night. Last evening, I tried to view in real time. Alas, not even Garr on Dave was decaf enough to keep me awake. But I checked it out this a.m. and am happy to report that Garr (they opened the segment with her seated) has not lost so much as one millisecond of her brilliant comedic timing sense (her father Eddie Garr, was a well-regarded burlesque comic).

Dave: "I hope, now, that you will come back more often."
Teri: "Absolutely not!"

But the funniest moment occured when Garr began ticking off the various stripes of MS, i.e., the kind that results in cognitive disfunction (Garr: "I already had that before MS"), a variant that brings about numbness and tingling in the extremities, etc., and, Garr added:

"A very rare form that causes you to believe that Phil Spector is innocent." Whoaaaa! Kozmik rimshot!

An aside: Garr was a dancer in two movies produced by PS.

The audience did not seem to "get it," i.e. toohipforthehouse. Or else they could not hear the riff. It went by so fast. But Dave and Paul Schaffer did, and you could tell from the collective expressions on their faces that they could hardly believe their ears.

Of course you know singer Peggy Lee, but are you familiar with her younger and somewhat less famous sister, the dancer?

My web site
Posted by Bill Reed at 9:11 AM No comments:

By December, singer Pinky Winters will have had three CDs released in Japan this year. Not bad. . .not bad atall! 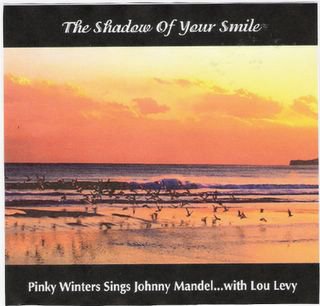 The first was in August, a Japanese issue with bonus track, of her 2002 CD with Richard Rodney Bennett, "Rain Sometimes." I produced it, and there's more about the making of the album here .

Early December will see a first time CD issue of her 1958 Argo album "Lonely One." A transitional recording, it finds Pinky still somewhat in the cool school vein of her 1954 debut recording on the Vantage label. For it wasn't until 1985, her next recording---17 years later!---"Let's Be Buddies," that she truly found her, ummmm, stylistic sea legs. On that album, she is accompanied by the great Lou Levy on piano.

And it is Levy who is also heard on the third Japanese release, also due out in December. Actually recorded two years prior to "Buddies," the circumstances surrounding the making of "Pinky Winters Sings Johnny Mandel" are detailed in its liner notes:

When Siegel asked Winters and Levy which songwriter they wished to salute, their answer was mutual and immediate. . .Johnny Mandel. And soon the duo was off to DC to perform their 2/27/83 tribute. Afterwards, Siegel gave Winters and Levy a tape of the show to "Do with as you wish." Now 23 years later it is receiving its World Premiere release.

In addition, Johnny Mandel has generously contributed, as a bonus track, "Take Me Home," a 1991 demo recording that he produced in his home studio with Winters and Levy."

Mandel is also heard on the bonus track adding tasteful synth lagniappes to the Mandel-Bergmans song. He also provided a thoughtful encomium on the back of the CD, to the effect that, well, this album is, to put it mildly, very very good! Here's an advance taste (you'll need the actual CD itself to hear Levy's sublime 1:47 intro to Pinky's vocal).

By the time that most Japanese recordings reach the U.S., the cost can be so great, "Lonely One" notwithstanding, as to necessitate the ransoming of one's first-born. But plans are already afoot to make copies of "Pinky Winters Sings Johnny Mandel" available online at a budget-conscious price. More details here as they become available.

Cat Blog Friday is back. . .sort of 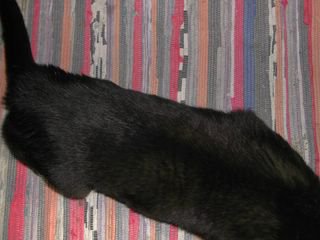