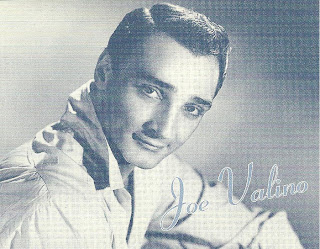 In 1997, the year after Joe's death, his family cobbled together a CD entitled Timeless. Some of the tracks are ones that appeared originally on Sinner or Saint, but---in some instances---with nice brass and strings overdubs. Interestingly, the version of "Learnin' the Blues" that appears there (source unknown) is taken at a faster tempo than the Gold Star version. It is also a much more solid and professionally-sounding "take" on the song. So much better, in fact, that had it been released at the the same time as Sinatra's---small label or no---it might have actually given the latter a run for his money! Who knows?
Posted by Bill Reed at 10:41 AM 1 comment: 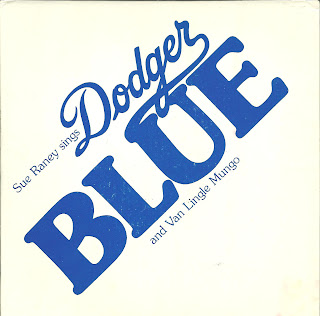 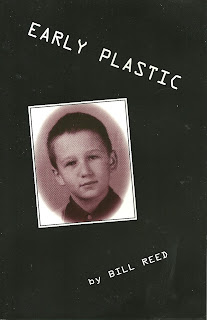 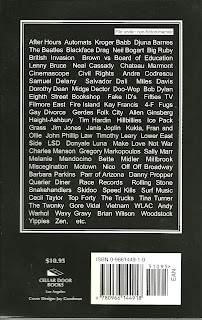 Japan to the rescue 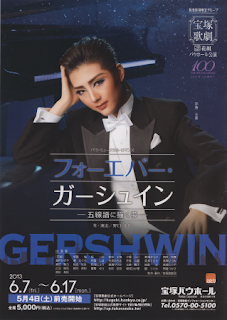 Nothing in the entire cultural/theatrical history of the West is even remotely equivalent to the Japanese theatrical troupe Takarazuka. Founded ninety-nine years ago in the small Japanese city bearing the troupe's name, the (eventually) five companies of the outfit specialize in mammoth-scaled, elaborately costumed productions---with all roles played by females---of mostly Broadway musicals such as Guys and Dolls and Kiss Me Kate, revues, and musicalizations of fiction of the West, i.e. East of Eden andWuthering Heights, etc.

Every production features a cast of as many as eighty performers (singers, dancers, actors) plus a large orchestra. One could describe the operation as the Ziegfeld Follies x three and not really come close. Even today, one's first visit to a Takarazuka production operates as a kind of rite of passage for Japanese youth. The following link to Wikipedia only begins to scratch the surface of all there is to know and learn about the subject of Takarazuka. And this youtube clip can give you only a sense of the magnitude of their productions.

Takarazuka also produces shows based not only on pre-existant musicals or fiction, but on biographical material. For example, this coming June 2013's Forever Gershwin, has to do with---of all things---the ten-year-long extra-marital affair between George Gershwin and Broadway songwriter-classical composer Kay Swift (“Fine and Dandy”, “Can't We Be Friends”),who was married to banker James Warburg. After Gershwin's death in 1937, his brother Ira Gershwin collaborated with Swift to complete and arrange some of his unpublished works. And she continued to hold the George Gershwin flame aloft until her death at age 95 in 1993.

This forthcoming outing will take place from 6/7 - 6/17 at Takarazuka's Bow Hall in Takarazuka City where the theatrical organization was founded in 1914. Obviously, the production will feature a healthy number of George and Ira songs. Here is a link to one of the few web sites (published in Japan) that has ANY English language information about this singularly recherche and profoundly American subject matter of George Gershwin and Company as interpreted by Takarazuka. (And just look at that cast of characters! Mr. & Mrs. Jascha Heifetz, "Tin Pan Alley Salesperson," Walter Winchell, Al Jolson, Fred and Adele Astaire, Paul Whiteman, Irving Berlin, Gertrude Lawrence, et al!)

Is it any wonder that musician Van Dyke ("Polymath") Parks refers to the Japanese as "Cultural custodians to the West"? No question about it. If Japan doesn't do it. . .no one else (most especially the U.S.) will. Just wayyyyyy too hip for OUR "house."
Posted by Bill Reed at 6:49 PM No comments: 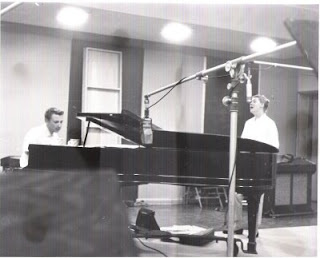 Anyone have any idea what the occasion was that resulted in the above photo of June Christy and Page Cavanaugh? Neither of their discographies list their ever having "worked" together.
Posted by Bill Reed at 7:32 AM No comments:

A friend phoned me this a.m. and recommended that I read a jazz article in today's Wall Street Journal. It was about jazz musician Houston Person. I asked my buddy who wrote it. "Nat Hentoff," he said. To which I replied, "I would never read a single solitary word written by that idiot. Nor," I added "would I even piss in his ear if his brains were on fire." I then referred my pal to a passage in my year 2000 memoir, Early Plastic.

"In 1995 I saw a labor of love of mine, a history of African-American show business, scheduled for publication by Temple University Press, canceled at the last minute. I learned soon afterward from a 'deep throat' academic reader, UCLA's Dr. Beverly Robinson, what had happened: The press' overwhelmingly white editorial staff had assumed I was black; then, by accident almost at the moment the book scheduled to be printed, they learned otherwise. I neither masqueraded as black, nor hid that I was white in numerous phone conversations with them. They reneged on publication out of fear of reprisal from The Black Athena set at the school. Afrocentrism! And even worse, some cryptofacist nonsense that Afro-centrists have made up, called melaninism, under which lies the sub-theory of essentialism. The basic premise of which is that only blacks are bio-psycho-sociologically equipped to write about The Black Experience. Not since the heyday of phrenology in the 19th century has such a large body of seemingly intelligent individuals fallen for hogwash like this. Thanks to the politics of black payback, I was the victim of white-on-white racism! Only in America! At once, I contacted longtime First Amendment columnist, Nat Hentoff, about the possibility of his writing publicly about my situation. But he was already in enough hot water with gays without taking on the Afrocentric set; he didn't even answer my letter (nor a second one). The Machiavellian Mr. Hentoff and the lovely Margo (Mrs. H) choose their civic crusades wisely and well. What a pair! Since then, they've taken up the causes of Kenneth Starr and and anti-abortion."
If my problem wasn't a first amendment, freedom-of-speech issue, I don't know what is. I guess Hentoff and his wife were still too busy trying to ban the wearing of caftans by gays on Fire Island (true).
Posted by Bill Reed at 7:27 PM No comments: