EARLY PLASTIC
by BILL REED
Cellar Door Books, Los Angeles
©  2000 by Bill Reed
Second edition, First Printing October 2009
All rights reserved. No part of this book may be reproduced in any form, except for inclusion of brief quotations in a review or article, without permission of the publisher.
Published by: Cellar Door Press
Los Angeles, CA90035
e-mail: drchilledair@yahoo.com
____________________________________


TO: David Ehrenstein
and
The Memory of Charles Walters
For reading my "life" line by line---infinitely more slowly than I lived it---much appreciation to Recinda Jeannine. Gratitude to Wil Haygood whose great book, The Haygoods of Columbus, inspired me to pick up and complete an abandoned manuscript. And to David Ehrenstein, with whom I share my life, thanks for more useful suggestions than there are pages here
***
"When you come to a fork in the road. . .take it."
--- Yogi Berra
***
Contents
PROLOGUE
1. Beans and Kool-Aid


Recent years have seen the publication of a wide variety of memoirs in the form of everything from self-help manuals to 12-step recovery sagas; standard show biz bios like Lauren Bacall's, to the writings of disgruntled ex-mates of the rich and famous, etc. Early Plastic isn't like any of these. I have no "raised consciousness" axe to grind and there is not one ounce of self-pity or trendy disfunctionalese contained herein; still, if the odds stacked against me in childhood had toppled over you could have heard the crash from here to Zaire. I lost my father when I was four, my mother had a serious drinking problem, I was sadistically beaten up by a grown family member on a fairly regular basis, and I could barely pass a test in school. I was poor and for the better part of my life have managed to stay that way. (Ah! la vie de la Boheme.) Before biting the reality bullet in my mid-thirties my life was out of control; I was even reduced to sleeping in my car on occasion. But with the exception of a couple of bad drug episodes, I have pretty much remained my usual sunny self---Candide incarnate.

As to why I sat down to write this book? There's no simple answer. My life hasn't been all that exceptional, but it's been far from ordinary. The thing that did occur to me as I began trying to put the pieces of it together on paper is that, either by accident or design of the fates, I've been witness to some of the most interesting social phenomena of the last half-century: particularly the 1950s, growing up, and the 1960s, during which I reached adulthood.

One reason increasing numbers are writing and reading memoirs nowadays is because the official histories of certain periods and events are so inadequate and misleading. I find this especially true of the Fifties and Sixties in which fads, fashions and important social movements tend to be collapsed into one another to form a kind of nostalgic stew. As if liking the Beatles and opposing the war in Vietnam were exactly the same thing. The end of the so-called "Summer of Love" and the rise of Charles Manson were not as radically opposed to one another as some of us might have been led to believe. I was there from beginning to end, and the Sixties weren't the way they've usually been represented in print up to now. It was much less romantic, far scarier and not nearly as ingenuous as some are prone to remember it.

Nearly three decades ago an urban morality fable appeared in the New York Times about a woman awaiting her turn on free appraisal day at Sotheby's. Ahead of her stood dozens of others also queued up and clutching the requisite mooseheads, kitschy paintings and antique snuff cans, etc. from grandma's attic. Unlike most of the others' wouldbe treasures, however, hers was a small one in the form of an unassuming piece of jewelry. Upon reaching the front of the line, which stretched out the door and part of the way down New York's Fifth Avenue---she proffered the item to the auction house official seated at the table in front of her. He examined it for a second or two, then gasped, "But madame, this is plastic!" Without missing so much as a beat (and as if any further proof were needed that hope does indeed spring eternal in the human breast) the undaunted woman immediately, ingenuously, and hopefully replied: 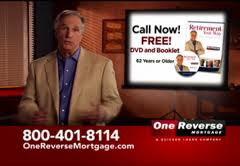