8. Entre'acte at the dog fights in Tijuana
Posted by Bill Reed at 11:02 AM No comments:

> Meanwhile, be grateful for crumbs. The world is so cacophonous and overwhelming that it's a challenge to persuade people to sit down and listen to eloquence. But if you're a student of the old school of sublime singers like Sue Raney and your brain needs musical oxygen, or if you're unlucky to be under 20 and don't know who Doris Day is, then buy "Heart's Desire" and die in ecstasy.>

That's the concluding paragraph of Rex Reed's July 22 review of Sue Raney's new Doris Day tribute CD in the New York Observer. And, in fact, there's an entire column's worth full of such encomia where that came from. Hyperbolic? Yes, a tad. . .maybe. But why should Rex Reed have all fun? Let me jump in with a bit of hyperbolic overkill of my own: Heart's Desire by Sue Raney is simply. . . "THE ALBUM OF THE YEAR!"

There was a time when "a cast of thousands" projects like this poured out of the nation's record labels every week. Not anymore, alas. But Sue was bound and determined to record, for her next CD, not just another trio album. (Not that there's anything wrong with that.) And she's done it! There must be a symphony orchestra's worth of string players to be heard here, in addition to a large contingent of first call L.A. jazz/session players such as Andy Martin and Carl Saunders. Expensive? You betcha! But worth every penny of it. Interesting aside: Heart's Desire not only marks Sue's demi-centenary as a recording artist, but it was effected where it all began for her, Capitol Records historic Studio A in Hollywood. Talk about your symmetry!

Beyond Sue and the brilliant arranger Alan Broadbent, to my mind the other major contributor to the project is veteran recording engineer Andy Waterman. He's chosen what, to my ears, is a somewhat eccentric recording scheme. Sue mic-ed within an inch of her life, with not a lot of reverb, while the band is spread out behind her somewhat distantly with a bit more echo and a good deal more compression than is used on Sue's voice. (I probably don't know what the hell I'm talking about.) I've never heard any other recording that SOUNDS quite like it, but it works like a charm. If there were any justice or mercy, Waterman would win a Grammy for this. Not eligible, though. (see below for update) For like increasing numbers of such projects of quality, this was not released by a U.S. label. but on Fresh Sounds, out of Spain. But easy enough to find for sale on the internet. Especially recommended---per ususal---is the fine Fine SUPERFINE net retailer, Dusty Groove which is selling this for the unbelievable low Low LOW price of just 12.99 (I paid 20.00 for mine.) How can they afford to do it? volume Volume VOLUME no doubt.

[8/1 update: I've just been told by an informed source that "Bill, I just called NARAS, and if a CD has U.S. distribution, and can be purchased here, it is eligible for Grammy consideration." If Sue's CD does qualify, then that's the best news I've had all day.]
Posted by Bill Reed at 7:31 AM No comments: 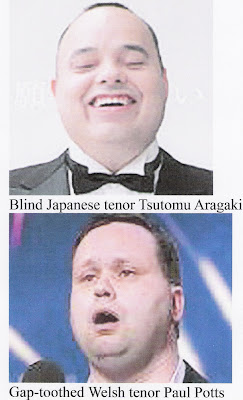 Even better than the the recent case of the deranged, diapered, love-scorned astronautess.

Yesterday's revelation of the potted space cadets brings additional meaning to the phrase "getting high" and suggests the possibility of a new NASA job category of designated astronaut. Or a new space drink, the Neely O'Hara, made from Tang and vodka garnished with a false eyelash? Breath-a-lizer tests before flights? Howzabout a chapter of AA on the moon?

The BushCo years. Aren't these just the bestest of times evvvvver?
Posted by Bill Reed at 9:27 AM No comments:

Today is jazz great Annie Ross' birthday. Here is an old post in honor of the occasions that is making its thirdThirdTHIRD big appearance here. . .along with an mp3 of an ultra-rare Ross track. I saw her perform last Fall in NYC. And even though she is old enough to be my mother in some highly fertile newly emerging Third World nation (I'm 66 so you kinda do the math), she remains what she's always been: One of the World's Great Beauties. Still sounds good, too!
Posted by Bill Reed at 8:55 AM 1 comment: 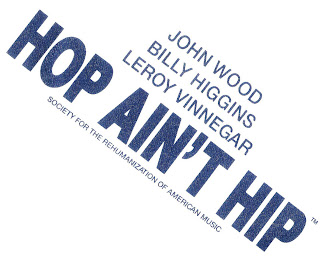 This week I acquired copies of MB's three pre-fame, self-produced recordings, and they are each, in different ways, astonishing. The first is from 1996 and is a six-track affair entitled "First Date." Recorded when Buble was 21, there are a few Sinatra karaoke cuts and two that appear to be originals. It is very well done and the voice and style are already there. Maybe the two originals were a single that he threw onto what is clearly meant to be an intro/demo CD?
Buble, as has been oft noted, grew up on a Canadian fishing boat and music-wise was fairly much at the mercy of his grandfather fisherman who exposed him only to the best of the Great American Songbook. Thus, whatever else you might think of Buble, his attachment to this sort of music is a natural affinity.
His first musical recollection is of listening to the Mils Brothers' "Paper Doll." Buble's "Dream" (2002) is, in fact, top-heavy not on Sinatra but Mills repertoire. His version of "Doll," an obvious homage to the Mills' interpretaton, is just sweet, funny and downright amazing, i.e. his Herbert Mills-ish pronunciation of "dollies" (dulleez), "say boy" (sehh bwayuh) etc. " The instrumentation might represent a recording first, i.e. guitar and muted trumpet throughout all 13 tracks. And it works!
The final album of the trilogy, from 2001, is entitled "Babalu" (but does not contain that song) and sports standard studio backing on Vegas-y type repertoire. A good solid production. Properly exposed, it should/would have been a hit. As things stood, it probably just moldered, gathering dust in some cupboard in Buble's Vancouver digs. Might as well have been released on the Landfill Records label.
Overall, the three efforts represent quite a revelation, raising the obvious question as to why it took him so relatively long to attain his IMHO well-deserved success.
I read somewhere recently that Buble's discoverer, producer David Foster, first met and became keen on Buble as early as 2000. One can only wonder why no one had the vision to spot the singer before this AND why it took Foster took what appears to've been nearly three years to launch Buble. And launched he IS; only a few weeks ago his latest "Call Me Irresponsible" was the the number one CD in not just the U.S., but the world!
If I had found any of these CDs in a record store---remember them?---at the time of their release and subsequently Googled Buble (or Bubled Googlay), I'd have probably come up empty-handed. My, how times have changed.
Posted by Bill Reed at 9:05 AM 1 comment:

Today is the birthday of the great jazz singer, Helen Merrill. Probably a national holiday in Japan where she reigns as just this side of goddess. In honor of the occasion, here's an audio clip from what might conceivably be her only network appearance on U.S. TV. She sings "Remembering You," the theme from "All in the Family." She's accompanied by its composer, Roger Kellaway. No surprise, it was a turn on the long-running panel show of that great old hipster, Mervvvvv. Speaking of which, hope he gets well soon. Worst case scenario, I'll miss all those refreshing pop-ins of his on all those otherwise tarsome nitely infotainment (did I just write that?) entries like Excess Hollywood.
Posted by Bill Reed at 4:15 PM No comments: 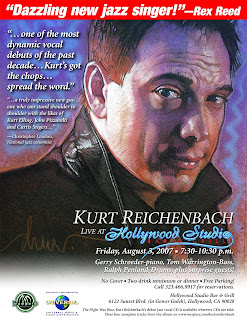 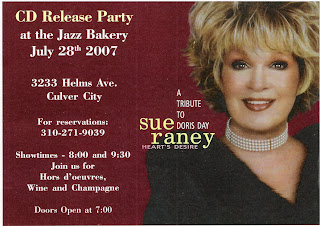 If the music is half as good as the CD cover portrait. . ..

Character actor Lane died yesterday at age 102. If you think you don't know who he is. . .still, you do. His name is perhaps listed in more film cast lists than any other actor in the history of the cinema. But not only did I know him by sight, I even asked for his autograph one time by name, i.e. "S'cuse me, Mister Lane." A friend of mine (let's call him Beryl) was a DFC ("dumb effen cutter" B's phrase) on "The Lucy Show" on which Lane was a regular, and even B. didn't know Lane by name when I phoned up yesterday to tell him the sad but inevitable news. "Charles, who?" I explained. "Oh! That guy!"

He began his career as a stage actor, appearing in stock in the teens with the likes of John Barrymore. I've always found it fascinating that Lane figured out that he needed a nose job to make it in the movies. During his very first appearances on screen, he has a different and more prominent schnoz and looks quite differently. Maybe too mean. But with his somewhat slimmed-down new nose he came off just "crotchety," "bad-tempered," "miserly," "abrasive," "unscrupulous," "greedy." and "hatchet-faced" (adjectives used to describe him in his allmovieguide entry) enough.

Lane probably made out like a bandit during the halcyon days of character actors in movies and on TV. Sometimes worked as many as three jobs a day.

Apparently compus mentis right up till the very end, Lane even did some voiceover animation work a couple of years back. A fitting end for one of the founders of the Screen Actors Guild.
Posted by Bill Reed at 4:53 PM 1 comment:

Nice post today by Doug Ramsey on his blog re: the Japanese reissue of singer Frances Lynne's "Remember" CD: http://tinyurl.com/2r88r2 . Happy to've played a small role in bringing this lovely work into wider circulation. . .at least in Japan.

Lynne's voice is a pluperfect exemplification of the Japanese quality of "hakanasa,"a word difficult to translate into English. But I think it means sort of “fragility” or“frailty” in a good and highly aesthetic sense.That's probably why they've carried a torch for the late Beverly Kenney for so many years.
Posted by Bill Reed at 10:19 PM No comments: