I have always found it a bit perplexing that African-American musician Hazel Scott has never been given the proper credit she deserves for taking on the House Un-American Activities Committee several years in advance of Edward R. Murrow's widely-heralded attack on Joseph McCarthy (see Good Night, and Good Luck). But that's another story. I find it almost as odd that another of the bravest acts committed against mid-century Communist witch-hunting, enacted by Paul Robeson, has also been given scant shrift in the history of such, ahem, activities. It happened in 1949 when my friend, the late actress-activist Frances E. Williams, produced a rally in support of then-beleagured Renaissance Man Robeson at Los Angeles' Embassy Theater. Muzzled by the government from giving a political speech, Robeson sang his message, from the audience, to the accompaniment of a string quartet. Technically, it was not illegal to sing such a speech. Federal agents stationed around the auditorium were either powerless to stop him or else, too slow up on the uptake to realize what was going on. Would that make a great scene in a movie or what?

After the California Northridge earthquake, I immediately phoned Frances to see if she was alright. An old hand at such seismic events, she laughed it off saying, "Honey, that's the best sex I've had in years."

Both Hazel Scott and Frances Williams have chapters devoted to them in my book Hot from Harlem. I'll be reading from it at a signing at L.A.'s Book Soup on March 10 at 7 pm. Here is part of an oral history of Frances that I conducted in 1992 for the California African-American (then Afro-American) Museum
Posted by Bill Reed at 7:33 AM No comments:

A Night for Nat

The closest I ever came to having a mentor. . .oh, hell, Nat Shapiro was my mentor. Here is a clip from his 1983 memorial service. Michel Legrand and "ze gang" introduced by Bill Simon.

now available at CDBaby
"A wonderful album---jazzy and theatrical in just the right proportions. "
--- Terry Teachout, author of the 2010 biography,
Pops: A Life of Louis Armstrong
Posted by Bill Reed at 6:51 AM 1 comment:

Jane Harvey Sings Sondheim
now available at CDBaby
"A wonderful album---jazzy and theatrical in just the right proportions. "
--- Terry Teachout, author of the 2010 biography,
Pops: A Life of Louis Armstrong
Posted by Bill Reed at 5:51 AM No comments:

One of which requested that we spin this Martha Raye version of a song of which Mick Jaegger once famously remarked: "If I was able to write a song this sick I could die happy." Or words to that effect. Enjoy?
Posted by Bill Reed at 3:41 PM No comments:

She was "always chasing Rimbauds" 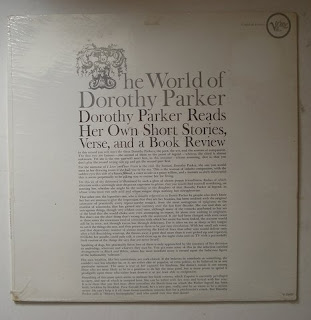 In these increasingly culturally dystopic times in which we live, it is highly unlikely that Verve Records, the label on which The World of Dorothy Parker originally appeared, would give even half a thought to ever reissuing that album. Too busy thinkin' 'bout the likes of Stephanie Germanotta and Calvin Broadus. Thus, my conscience is entirely clear re: qualms of intellectual property theft. Let 'er rip!

PS: Parker bequethed her entire estate to the NAACP and the ASPCA. A great lady!

Jane Harvey Sings Sondheim
now available at CDBaby
"A wonderful album---jazzy and theatrical in just the right proportions. "
--- Terry Teachout, author of the 2010 biography,
Pops: A Life of Louis Armstrong
Posted by Bill Reed at 7:08 AM 1 comment:

Meeting with a remarkable man

In 1988 I began to work on a documentary about veteran jazz trumpeter Demas Dean. Alas, I didn't get very far beyond a couple of hours of raw interview footage, some of which dealt with his experiences recording with Empress of the Blues, Bessie Smith. Here is the first public showing of this material retrieved from my vast and ever-expanding Archive of Abandoned and Failed Projects (AAFP).

Jane Harvey Sings Sondheim
now available at CDBaby
"A wonderful album---jazzy and theatrical in just the right proportions."
--- Terry Teachout, author of the 2010 biography,
Pops: A Life of Louis Armstrong
Posted by Bill Reed at 5:17 AM No comments:

. . .was inducted into the West Virginia Music Hall of Fame in 2008. When I knew her back in my hometown of Charleston, West Virginia, little did realize that she had such an illustrious past trailing behind her; some of which I wrote about in a 2008 post on this blog. Here she is---she had it all---in a clip from the 1947 film, Rhythm in a Riff.

And today, Price soldiers on---much like Mother Courage---in search of a new home for her long-running L.A. music venue, The Jazz Bakery. Introduced here by Bobby Troup. Kinescoped off of one of those old gasoline powered TVs. The bassist is Scott LaFaro. 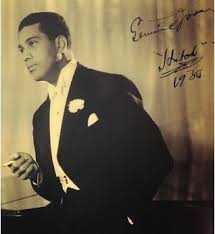 A few years ago interviewed South African singer-pianist Renee Raff about her years of performing in London in the early 1960s while she was attending the Royal College of Music in that world capitol. One of the London spots she played was known as Hutch’s Casanova. Could that locale have been owned, I wondered, by the legendary British entertainer commonly known far-and wide as simply Hutch? In 1924 the 24-year-old Grenada-born singer-pianist had left for Europe, where he became a “pet” of the international set and various members of the Royal Family. Now long-forgotten, he became the highest paid performer in Britain and one of the biggest stars during the twenties and thirties in the UK (he died in 1969).

“By any chance,” I ask Ms. Raff, “was the Casanova operated by---I can only call him--- the legendary Leslie Hutchinson”?

“He was something of an historic figure!,” I offer.

In case you are unfamiliar with the person we are talking about---a kind of Bobby Short avant la lettre---take a look at this clip from youtube, part of a somewhat larger collection of Hutch on that site. This is from an hour-long documentary that was shown on British TV a couple of years ago. Curiously, the narration makes no mention of the fact that in addition to bestowing his sexual favours on Lady Mountbatten, and also on Merle Oberon, Tallulah Bankhead and a multitude of other women, He also had affairs with LORD Mountbatten, Ivor Novello, Cole Porter and (reportedly, presumably, allegedly --- take your pick) Indian Prime Minister Pandit Jawaharlal Nehru. . .and many more. Good heavens, didn't he never sleep? And by that, I
mean. . .SLEEP. A Monument indeed! 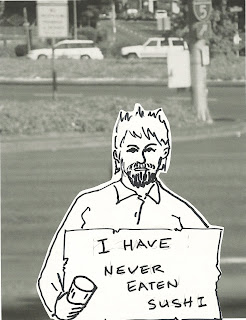 Words to live by 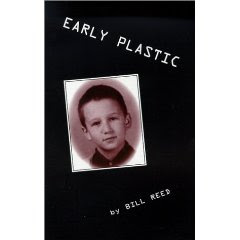 The author reads passages from his memoir, Early Plastic:
The Projects
Race Records
The Block
TV or Not TV
Available at amazon.com
Posted by Bill Reed at 9:22 AM No comments:

Not so far from the tree?

Found this story interesting. Wonder if she's any good?
Posted by Bill Reed at 6:12 AM 2 comments:

David Sedaris on LetterMAN(who helps keep me sane).
Posted by Bill Reed at 5:58 AM No comments: 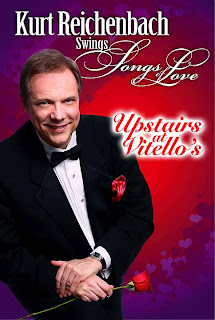 "Everyone sings Sondheim, but no one gets to the heart of his songs with more bite, wit, and deliberation than Jane Harvey. Her 1988 album has become a cult classic, but until now we’ve never heard it in all its glory. The original release was softened with strings (now gone); intricate medleys were cut to pieces; and other gems were dropped entirely. Now we hear, among other diptychs and triptychs, “I’m Still Here” as a defiant sequel to “Broadway Baby,” and “Losing My Mind” as the wind-up for “Sorry-Grateful” and “Too Many Mornings.” The restored tracks include one of the album’s most sublime moments, “There Won’t Be Trumpets.” Restored at last to its original concept, Jane Harvey Sings Sondheim is a masterpiece that honors the songwriter and the singer. " --- Gary Giddins, author of Jazz (with Scott DeVeaux) and Bing Crosby: A Pocketful of Dreams
____________________________

Singer Jane Harvey's Sings Sondheim CD is now available at http://www.cdbaby.com/harveyjane for the lowLowLOW price of only $19.99. How can they afford to do it? Why, because of volumeVolumeVOLUME, of course!
Posted by Bill Reed at 5:58 AM No comments:

Singer Jane Harvey's Sings Sondheim CD is now available at http://www.cdbaby.com/harveyjane for the lowLowLOW price of only $19.99. How can they afford to do it? Why, because of volumeVolumeVOLUME, of course!
Posted by Bill Reed at 5:53 AM No comments:

There will be blood!

In celebration of Black History Month, I have uploaded a long out-of-print and ultra-rare recording of an early 1950s Amateur Night at  Harlem's Apollo Theatre. The recording was originally issued with liner notes by Langston Hughes. The show was hosted by Leonard Reed, who plays a big part in my forthcoming book, HotfromHarlem.     Historical disputations aside, Reed---for my money---was the early 1930s originator of this fabled, longrunning affair.


Check out: Pearl Jones, gospel singer;  Danny Rogers, pop singer; Doreen Vaughan (blues singer); and the returning champs, doo-wop group, the Heartbreakers. Of the Amateur Night tradition, Hughes wrote: "Sometimes an Apollo amateur hour can be almost as moving and exciting as a Spanish bull fight---except that in a bull fight not always does a matador get killed. But every amateur night at the Apollo, some one or more of the participants  are 'done away with' in plain sight, 'killed'---literally shot---but fortunately with a blank cartridge." Here is  Apollo part 1 . Stay tuned tomorrow for part two.
____________________________
Singer Jane Harvey's Sings Sondheim CD is now available at http://www.cdbaby.com/harveyjane for the lowLowLOW price of only $19.99. How can they afford to do it? Why, because of volumeVolumeVOLUME, of course!
Posted by Bill Reed at 6:11 PM No comments: