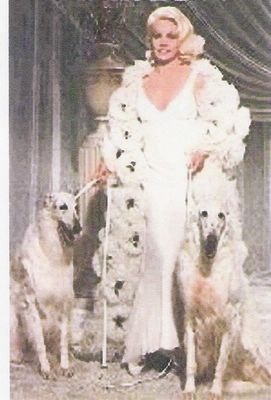 A "listener" writes in to ask:

"As to that aside in "How Droll Was My Puberty," though ... is it Carroll Baker or "Sylvia" that you're expressing affection for? Or both? I've never seen "Sylvia," although I remember some talk about it's being preferable to the much-publicized "Harlow." Didn't "Sylvia" have a sizeable Ann Southern [sic] role (as it were) and a David Raksin song? Good signs, both."

"The Sylvia reference alludes to the fact that the title character starts out as a trailer trash teen in Pittsburgh and ends up an internationally renowned poetess. Not exactly a strict parallel to my personal evolution. Still, it is my way of observing that I didn't necessarily end up sweeping up hazardous waste materials in a cradle to grave minimum wage program, as could have been my destiny considerin' my lowly beginin's class-wise, dearie.

Don't you remember the part where Sylvia's hitching her way out of Pittsburgh after her stepfather, played by Aldo Ray, attempts to rape her, and she gets picked up by an equally disreputable character by the name of 'Black Peter' who drives her all the way to Florida and 'Wouldn't even stop by the wayside to let me pick one lousy daisy'? Oh, that's right. You said you hadn't seen Sylvia. Pity.

Yes, Ann Sothern was in it along with Viv Lindfors, George (Tea Room) Maharis, Nancy Kovack (Mrs. Zubin) Mehta, and the great Connie Gilchrist. I saw it for the first time on a double bill with the TAMI Show at 3.00 a.m. on 42nd Street, with my new (then) friend, then-friend Cecil Taylor. At five a.m. we ended up at his flat and he subjected me to a vocal jazz blindfold test. I got it in ten seconds flat. It was Betty Carter.

What I wouldn't give to see a quintuple bill on the giant screen (maybe at a drive-in) of Angel Baby, Joy House, Sylvia, Cold Wind in August and Baby Doll, in which Carroll Baker utters the immortal line: 'And he went off and left me here without a coke on the place.'"