As much as I like Late Night With David Letterman---which is a whole bunch---if I learned that deli owner Rupert Jee had been unceremoniously dumped from the "family" (as seemingly as co-regular "Stephanie Brickett" has also been), I could probably never watch the show with as much pleasure ever again. There's been nary hide nor hair seen of him in the past couple of months.

I've always felt that Rupert was---as the great Frank Tashlin once described Tony Randall---"a comedy machine." Nearly every movement of Rupert's body, almost every facial expression and utterance had me spitting out my liver with laughter. The ultimate in being funny without even seeming to try. Ever so much funnier than the overdone, and now long gone and unlamented Late Show Bear (my least favorite Letterman bit everrrrr).

It's as if a bomb went off and destroyed nearly everyone who dwelt in "Allen's Alley" (vide Fred Allen). Or a fictional bus took the entire population of a soap opera town and drove them off a cliff, which IS actually what happened one time on a certain daytime soaper that was dropping in the ratings.

DAVE, WHAT HAVE YOU DONE WITH RUPERT? 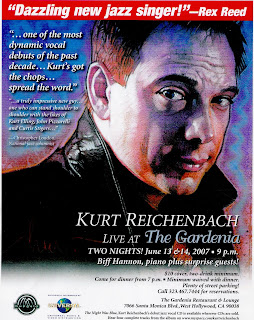