Still on a "Jane kick"

For the past four years I have worked with SSJ Records Japan on a number of projects. My efforts for the label have included: producing, reissue producing, liner note writing and contract negotiation.

However, a recent SSJ CD that I am highly enthusiastic about is one on which I had almost no input at all: Jane Harvey Sings Sondheim. Lest you think that this is but a reissue of Ms. Harvey’s 1988 Atlantic Records release, The Other Side of Sondheim, you are only partially correct. Let me explain:

When the album was released in ‘88, at the very last minute, to both Harvey’s and pianist-arranger Mike Renzi’s extreme displeasure, an overdub of arrangements by Ray Ellis was added by Atlantic to all tracks, which were originally trio performances. Not that there’s anything wrong with the wonderful Ray Ellis, but in this instance, the addition of his large ensemble charts essentially defeated the jazz intentions of the album.

Not long ago, however, Ms. Harvey was able to buy back the master of the album from Atlantic, and it has just been released in Japan on SSJ Records. Now, with this new 2009 release (in this case, “reissue“ is not really the right word), those overdubs are gone! Medleys were arbitrarily sliced and diced by a house producer, leaving the floor littered with a remaining 43 minutes; the current version is 59 minutes.
To my ears, the difference between the original release and the “unexpurgated” (Harvey’s word) version is astonishing. In the 1988 issue, there was a jazz album hidden in there. . . somewhere. But one had to search long and hard through the undergrowth of large orchestral sounds in order to find it. But now, at last, it can be heard as originally intended! There is no question in my mind, that what Jane Harvey and Mike Renzi (and Grady Tate and Jay Leonhart) initially created is a work of great importance. (And in addition to original (now-stringless) tracks that were on the original release, there are now four bonus tracks not on the original release, plus Jane’s 2009 recording of “Send in the Clowns.”)

Stephen Sondheim songs include "Old Friends", "Everybody Says Don't", "The Story Of Lucy & Jessie", "Pretty Women/Not While I'm Around", "Could I Leave You", "Not A Day Goes By", "There Won't Be Trumpets", and "Send In The Clowns."

Per usual, the traditional cost of Japanese imports tends to be on the offputting side; and the current weak dollar to yen exchange rate isn't helping matters. However, knowing what I know now, and IF I had not received my own freeFreeFREE comp copy, I'd be willing to shell out almost whatever was necessary to obtain a copy of this jazz vocal masterwork. Available at CDBABY.COM.
Audio Specs


Here is a track from the new version: Who's That Woman / The Ladies Who Lunch (The first song was deleted from the medley intended for the Atlantic version)
Posted by Bill Reed at 8:13 AM No comments: 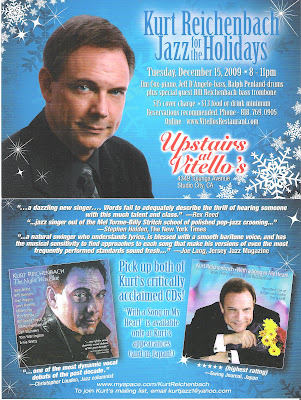 ________________
click pic to blow up realll gooood!
________________
Also of note (in addition to Kurt Reichebach), Peter Marshall, self-described "boy singer" (of un certaine age) will be appearing at Vitello's in North Hollywood on December 2, at 8 pm. w/Larry White on piano. This is an advance woodshedding gig for Marshall's upcoming Feinstein's NYC date, December 6 & 7 . Clearing out those pipes and loosening up those limbs.
Posted by Bill Reed at 7:48 AM No comments:

Frishberg and Kilgore celebrate the Johnny Mercer Centenary on NPR's "Fresh Air." This is just wonderful!
Posted by Bill Reed at 10:33 PM No comments: 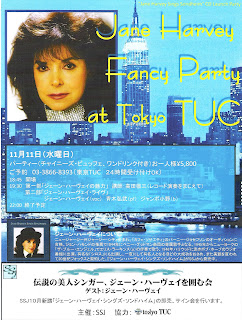 Just call me the "Keane" of jazz photographers. 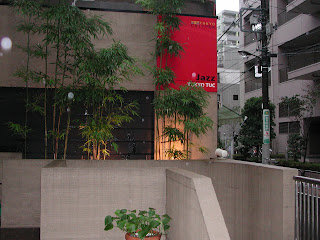 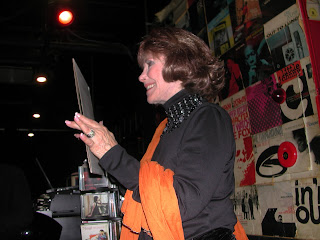 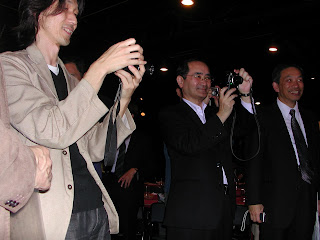 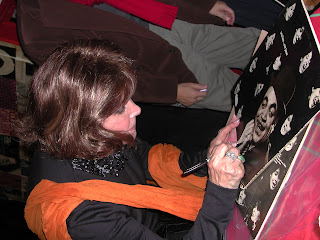 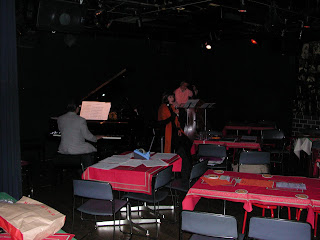 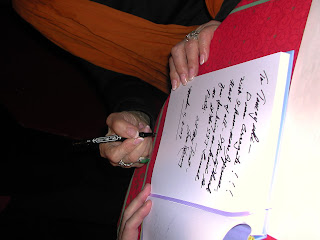 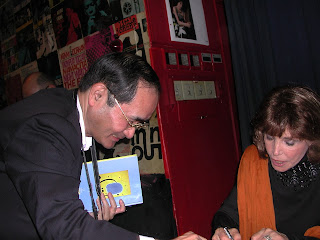 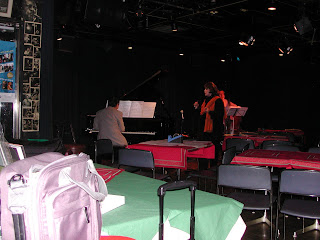 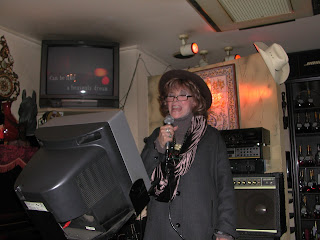 Curtain Up, Light the Lights (Again!): The Jane Harvey "Story"

I am with singer Jane Harvey in Tokyo (and I don't mean Tokyo, Indiana) right now. Tonight is her show at Tokyo TUC night club, which will consist of a mix of standards and major Sondheim arcana. I have gone to rehearsals and she is in superb form. Jane just suddenly (after remarrying about five years ago) got the bug to work again, and so. . ..

People on the street, here, recognize her from album cover photos taken a number of years ago, and come up to congratulate her on the reissue of her Sondheim album. Jane will be recording and performing again. She appears in perfect health, and looks great!

Yesterday , I sat in on Japanese magazine interviews with Jane, and her career tales of more than skeenteen years in show business are spellbinding to say the least. Everything but the Mankiewiczian hounds snapping at her rear end. She started out, professionally, as a teenager, in burlesque. (Who knew????) Not as a stripper, but as a singer who sang and restored order in between more hectic parts of the show with the baggy pants comics and the "girls." She stumbled into this "career move" quite by accident after being booked to "sing in a show" by a theatrical agency. In timeworn showbiz fash (pacé Ira Gersh), the "girls" immediately took her under their collective wings to "protect" her. . .natch! Her singing career, as such, actually began when she was four-years-old performing in a style derived from Helen (The Boop Girl) Kane. Jane was then known as Little Baby Phylis. But she was not quite a professional at that juncture. Women's clubs, that sort of thing.

Several years before joining the Benny Goodman band in 1944, she had already appeared with several other outfits, including that one of well-known bandleader of his day, Ray Herbeck. Also, before Goodman, she had her own sustaining radio show on the Mutual Broadcasting System. That was news to me.

Although her official recording ouevre is somewhat slim (due to unfortunate professional inactivity, the result of several marriages), she brought along with her to Tokyo several tapes' worth of unreleased material, including tracks with several Pantheon players. And my guess is that there is still more where that came from. She has even made mention of a "lost" session from Chicago with Duke Ellington in the 1950s. Any Ellington scholars out there care to get on the case?

Some of what I have written here was gleaned from overhearing Jane's interview with Japanese jazz critic Keizo Takada yesterday. I trust that he doesn't mind my expropriating these few little tidbits. Look for a much, much fuller version of Jane Harvey's ---let's face it---epic showbiz saga in an upcoming issue of the Japanese magazine, Jazz Critique.

I could sit and listen to Jane talk all night. . .and I think I have. She loves to talk. . .and sing! It is quite a daunting task keeping up with her and husband Bill going shopping on the Ginza. Saturday they went to a four-hour Kabuki performance, and Jane still hasn't stopped (you guessed it) talking about it. No surprise, her critical exegeses of the event seem, to me, most perceptive.

I've gone Tokyo record shopping, of course, i.e. Recofan, Disk Union(s), the seven-stories tall (!) Tower Records in Shibuya, etc. But trying to be prudent with my yen, I've only bought two LPs thus far. . .major gaps: Frances Wayne's "The Warm Sound" and Claire Hogan's DeSylva, Brown and Henderson songbook. (Of course, the trip's not over quite yet!)
__________
Drchilledair gets all Haiku-y (for Jay)

There is rain today
In Tokyo, and so now
All is wonderful
Posted by Bill Reed at 1:36 PM No comments: 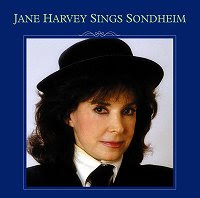 And Now. . .Dr. Chilledair is off to Tokyo to attend singer Jane Harvey's 11/11 performance at Tokyo TUC nightclub. Be there or be square. . .or both.
Posted by Bill Reed at 6:54 AM No comments: