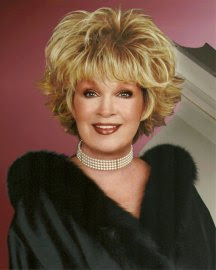 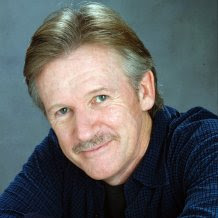 I’m not sure how many singers were in the overflow crowd, but I know there were a few. And I’m willing to wager that they came away from Raney’s casual but mesmerizing seminar with some vital ideas about the enhancement of their own vocal art.
###
________________________
Heckman got the day of the week wrong. It was Monday. O'wise, he's spot on!
Posted by Bill Reed at 3:22 PM No comments:

"One of the wonderful facets of free improvisation is that, unlike more formal music, practitioners aren't limited to the human race. This one minute jam consists of disjointed minimalist piano patterns which are soon joined by a barrage of full-bodied falsetto wails and deep growls. The heavy-handed piano provides the perfect counterpoint to the﻿ operatic vocals and what we hear is an imperfect sound that vibrates with unique colors and textures. A piece of rarefied beauty."  Jason J. Guest
Posted by Bill Reed at 8:29 AM 1 comment: 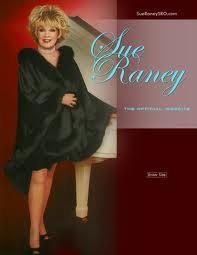 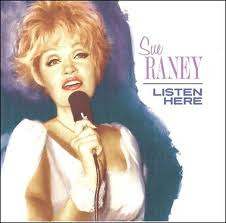 Listen here to an advance audio sampling of the new Sue Raney CD, Listen Here , to be released 4/24/11. At the 88's, none other than Alan Broadbent.
Posted by Bill Reed at 4:40 PM No comments: 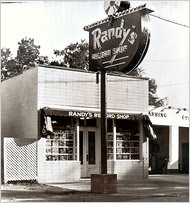 When I was a teenager, slightly before the Punic Wars, late night found many of us in Charleston (WV) listening not to local radio stations, still continuing to pump out our parents' retrograde faves like "April in Portugal" and "Lisbon Antigua", but to the 50,000 watt clear channel station out of Nashville, WLAC, featuring deejays Gene Nobles and John R.
Enacted after-hours and away from parental scrutiny, auditing WLAC was so clandestine and forbidden, that it almost operated like a vicarious trial run for sex---something of which few teens in the 50s had partaken. Not in my set, anyway. In between their pitches for mail order rhythm and blues packages from Randy's Record Shop in Gallatin, Tennessee and salacious paeans to the lubricating properties of White Rose Petroleum Jelly, this powerhouse outlet blanketed almost the entire country with the real deal in black music instead of the pale white simulacrum coming to be known as rock and roll. Randy's was owned by Randy Wood, also the proprietor of the Dot record label. He died last weekend at the age of 94.
Years later I learned that the jockeys on "LAC" ("a service of the Tennessee Life and Casualty Company") weren't actually black, but only "sounded that way." And I wasn't the only who got misled. Legend has it that no less than the Godfather of Soul himself, James Brown, showed up at the station late one summer evening with his first recording tucked under his arm hoping to get a break from men whom he had presumed for years were "Negro," until being led into the studio and learning otherwise. When the secret history of r n' b and r n' r is writ large, it will probably be made apparent that it wasn't really Dick Clark who turned on teenage America to black music, but instead, this seldom acknowledged radio phenomenon out of the heartland of America---WLAC and Randy Wood.
It is also of interest that the so-called "cover" records of black rhythm and blues songs by some of Dot's white artists played a major role in establishing the careers of the original purveyors of the music, such as Little Richard and Fats Domino, et al, all of whom have been at pains, over the years, to accord Wood the proper credit he played in boosting their professional fortunes. These Dot recordings by whites are in addition to the hundreds of black rhythm and blues sides that also originated on the label.
And don't forget the nearly 1,000 albums turned out by Dot, overseen by Randy Wood, recordings that partook of the entire spectrum of American popular music and jazz.
Wood is survived by his wife, three grandchildren, a great-grandson, and three children, one of whom, jazz pianist John Wood, is a close friend of mine. My sincere condolences to all of them.
Posted by Bill Reed at 9:58 AM No comments:

In the recording studio yesterday with Sue Raney, Pinky Winters, Jim Cox, Alan Broadbent, Tom Warrington, and Kurt Reichenbach laying down the first tracks for an upcoming Japanese earthquake/tsunami relief jazz CD, "From California with Love." All donating their time and artistry along with Andy Waterman & Umbrella Media. If what went down is any barometer, folks will snap this up as much for the music as for the worthy cause. Due out on CD and downloads June 1. PS: I don't sing on it at all!
Posted by Bill Reed at 8:30 AM No comments:

Singers (and Sondheim) on the brain, pt. 4

Last night in Dreamsville, I  worked in a supermarket where the manager of each department, year in and year out, was required  to sing a certain Stephen Sondheim song assigned to them over and over again to a karaoke track piped into their work area. I was the produce manager, and for twelve years running I had been intoning this (in reality, non-existent S.S.) melody entitled "Identity." Finally, I could take it no more, and beseeched the store manager to allow me to expand my Sondheim repertoire. He relented and assigned me a new song, "Charity"(!) But just as the new karaoke track began began to play, I woke up!

My, my, my, you must agree that what a rich, full fantasy life I must lead!

Who will I dream about tonight? The Cherry Sisters?
Posted by Bill Reed at 7:29 AM No comments:

Singers on the brain, pt. 3

Last night, strolling along right  arm locked in the left of Morpheus, I passed a book store that was having a signing by Blossom Dearie, not of her CDs, but of her various books, all of whose pages and covers were shaped like animals, objects, and buildings, etc. Each one I picked up had the printed price crossed out with a higher one written in in ballpoint. Hmmmmm? Calling Doktor Freud!

Can't wait to dream about Florence Foster Jenkins.
Posted by Bill Reed at 9:29 AM 4 comments:

Singers on the brain, pt. 2

About ten years ago I had a dream about Patti Page. It opens on a high camera angle down on a crowd as large as one in Vatican Square. It is 1998 in front of Miss Porter's Dress shop in Oklahoma where the now PP used to work after school as a teenager. A limo pulls up in front and as the crowd begins to go wild, Patti barely escapes with her life as she she is pulled into the store to safety while the crowd continues to shout: "Clara Mae, Clara Mae!" PP's real moniker. And who among us can blame her for changing her name. "That Singing Rage, Clara Mae Fowler," simply doesn't make it.
In the dream, she also did a TV Spam commercial! I don't make these things up; It must've been that ham I et before turning in.
Posted by Bill Reed at 9:50 AM 1 comment: 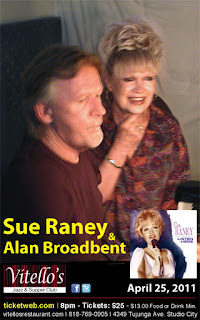 Singer Sue Raney and Alan Broadbent will be making an appearance on Global Village on radio station KPFK-FM (90.7) at noon, Thursday April 21.They'll be interviewed by host John Schneider about their new CD Listen Here, an upcoming April 25 appearance at Vitello's in North Hollywood, CA, and the duo's participation in the forthcoming Japanese earthquake/tsunami relief jazz CD, From California With Love. You can listen over the air or streaming from the website www.kpfk.org.
Posted by Bill Reed at 5:18 PM No comments:

Singers on the brain

I had the craziest dream last night. . .in which I was listening to the radio and Mel Torme was singing Rodgers and Hammerstein's "The Gentleman is a Dope." I could "hear" it right down to the Marty Paich arangements. But, heyyy! Wait a minute! What was Torme doing singing this irreversibly gender specific song, i.e. "why am I crying my eyes out, he'll never belong to me"? Just then the number ended and the dee-jay announced: "There's a track from the new album, Mel's Gone Gay."

A pluperfect example of what Freud called "a nonsense dream." For as Herr Dotor once observed, "Sometimes a cigar is just a cigar."
Posted by Bill Reed at 6:41 AM 1 comment: 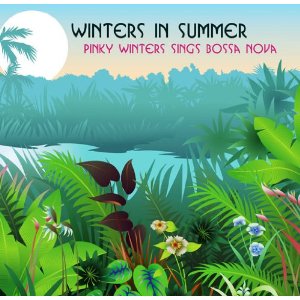 Keep a look out for "From California With Love/SSJ All Stars," a Japan earthquake/tsunami relief effort, due out in May on world-wide itunes and CD, and featuring such jazz artists as Sue Raney, Alan Broadbent, Diane Hubka, Kurt Reichenbach, Pinky Winters, Jim Cox, Leslie Lewis, Gerard Hagen, Johnny Holiday, Dick Noel, Christian Jacob, Frankie Randall and more. Most tracks are brand new, recorded especially for this project.
Posted by Bill Reed at 7:38 AM No comments: