Merry Christmas from me via Kurt Reichenbach

Happy Holidays!
This year I am sending a few of "gifts" to my list. I hope you like them.
First-Above you see one of my old Christmas cards. For 12 years in the 70s & 80s I designed a yearly Christmas card. I thought it would be fun to recycle this one.
Second-A few years ago I recorded Christmas Lullaby, a  "lost" Peggy Lee / Cy Coleman song. It was recorded originally by Cary Grant! There have been two subsequent recordings--one by Michael Feinstein on a private label/limited edition CD long out of print, and one by Petula Clark on a hard to find Christmas album. And then there's mine! Hope you like it. Click here.
Third-In 1978 I wrote and recorded a fantasy Christmas story and sent it out as a Christmas card. Over the years it has been sent out a couple more times but I figure it might be time to share it on a broader scale. Fair warning, it's about 45 minutes long.  I have been told by a number of folks that listening to the story has become a family Christmas Eve tradition. I am thrilled and humbled. To hear the story click here.
My best wishes to all for a safe and happy holiday season!
Kurt
Posted by Bill Reed at 6:59 PM No comments:

To "turn on the radio" and hear Ray Charles and Betty Carter singing "Side by Side" followed by Eva Cassidy, and Tony DeSare is akin to dying and going to heaven. Maybe Western Civilization hasn't quite finished with its decline and fall after all. I refer to Jonathan Schwartz's 24/7 streaming Great American Songbook channel. He plays singers of whom even I have never heard. Even spins my 2005 Bill Black CD production almost every day. Also dips his toe a bit into the waters of hard jazz, i.e. Coltrane, Miles et al. http://www.wnyc.org/ on occasion. Now if he would only play the audio channel of his wife Zohra Lampert's  '70s Cranapple commercial. Or send me a video copy. Or respond to my emails from time-to-time. But I digress. Would somebody please give this guy a George Foster Peabody award?
Posted by Bill Reed at 7:10 PM No comments:

No disrespect intended, BUT I always assumed that neither sister was going to give the other the satisfaction of dying first. Maybe, I thought, both might live forever. Today, Joan finally, so to speak, lost. A few decades ago they were seated on that riser for the 50th Anniversary Oscarcast and perched as far away from one another as was physically possible. At least they didn't have to work together 24/7 like soulistes Sam and Dave who also were total non-communicado.

Alas, Audrey Totter, Eleanor Parker, Fontaine, and Peter O'Toole all within a few days of one another.
Posted by Bill Reed at 7:07 PM No comments:

The big event in our high school one year was the result of a classmate sending Frank Sinatra a birthday card---probably addressed to Capitol Records, or. . .?---informing him that it was her birthday, too. Lo and behold, a short while later, she received a phone call from the man himself. All very, very avuncular, asking about her school activities, college plans, etc. Wished her a long, happy life and signed off. Don't know how he obtained her phone number, but as we all know by now, he definitely had his ways and means. This was in Charleston, WV circa 1958. Might have even made the local paper. Sort of changed her life. She's probably still talking about it even as I write this.

And natal felicitations to Bob ("Blue Christmas") Dorough, too. Wonder if he's just about ready to return to perform in Japan?
Posted by Bill Reed at 5:41 PM No comments: 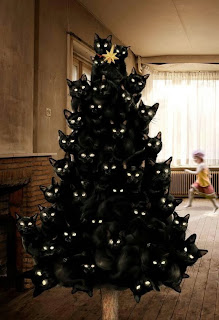 But what does Rex reallllly think?

Well, consider the market. Who needs singing when grunting and shouting will do just as well for an undiscerning crowd, bused in from expensive rest homes, who don’t know the difference. Mr. Tyrell, a jolly, clueless performer who resembles Forrest Tucker on F Troop, is a proud member of the finger-snapping ring-a-ding-ding school of ossified Rat Packers who think the Great American Songbook ended with “Come Fly With Me.” The old tunes are the only ones he’s comfortable with, which is fine with me, if only he could sing them. Jerome Kern did not write like George Gershwin, but Mr. Tyrell’s intonation is so drab and his phrasing so emotionless that you can’t tell the difference between the chunky tempo of “The Way You Look Tonight” and the thudding, ill-advised screaming on “They Can’t Take That Away From Me.” An evening of all that groaning and yelling is like a root canal before the Novocain sets in.

Native Texan Tyrell’s current six-week engagement is called “Wordsmiths: Lyricists of the Great American Song,” which must be a printing error since what he knows about interpreting the lyrics of Oscar Hammerstein, Yip Harburg, Dorothy Fields, Alan and Marilyn Bergman, and Cole Porter, among others, could pass unnoticed through the eye of a needle. Musically, I’ve heard better phrasing from goatherds calling their flocks by moonlight. I shudder to think what tough, sophisticated Cole Porter would say if he came off sounding like Carole King. Mr. Tyrell is so square that he refuses to sing the word “cocaine.” The result is the first time I’ve ever heard “I Get a Kick Out of You” with a jolt of Valium. Tethered to the Rat Pack prototype, he never bothers to break out of the old mold long enough to get under the skin of the song itself. Of course, with due respect, he knows his limitations. God forbid what might happen if Mr. Tyrell ever tackles anything by Stephen Sondheim.

Worse still, the patter between cookie-cutter arrangements, about his grandchildren and football teams, his early employment in the days of Tin Pan Alley and his hero worship of Yogi Berra, sounds like it was written by Lum and Abner. The stories are so old they’re growing hair on their palms, and sometimes they’re not even accurate. The one about how Yogi Berra answered the question “Where do you want to be buried?” with “Surprise me!” is a Bob Hope line that Rosemary Clooney used to tell in her own nightclub act. Mr. Tyrell tells it again, and his fans roar like they’re hearing it for the first time, unaware that he’s about as hip as a petrified hamster. He phrases with his fingers. Old ladies who should be home baking oatmeal cookies actually whistle their approval like Sinatra groupies did under mob rule in Vegas. What’s the lure to being joined at the hip replacement with the Rat Pack? Mr. Tyrell emulates the old Vegas icons without shedding any light on how or why they got that way. Today, all of those vaunted reputations and massive egos seem as dated and irrelevant as linoleum. He has personal charm and admirable energy, but even with heavyweight musicians like bassist David Finck, drummer Kevin Winard, Bob Mann on guitar and trumpeter Bijon Watson, he couldn’t swing with a gun pointed at his head.

He’ll be in residence through Dec. 31, but what a depressing way to start the New Year. I hate to sound merciless, but music lovers should be warned. A night with this guy is like a week in Newark without a telephone.