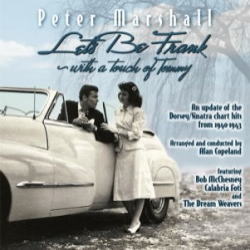 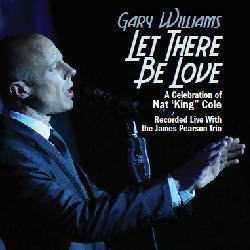 And she sings, too! 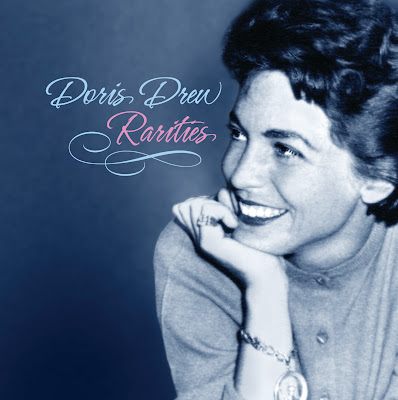 San Antonio-born Doris Drew was one of the most widely heard voices heard on U.S. TV and radio in the 1950s. In addition, she etched many dozens of tracks for major labels. And yet she recorded only one album in her entire career, a straight-ahead jazz issue featuring the likes of Marty Paich, Herb Geller, Dave Pell et al, and the Hollywood Strings. As for her other recordings, until now, most of singles had a short shelf life and then faded into oblivion----common for such discs during the heyday of the 45 rpm---until now. SSJ is happy to introduce this new Rarities Series, and is honored to present Doris Drew as its first star. Her backup on these sides constitutes a virtual Who’s Who of U.S. jazz of the 1950s, including John Williams, Les Paul, Herb Geller, Jack Fascinato, and Med Flory. 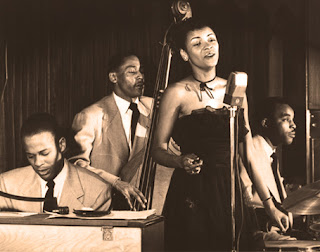 Audio only of Lurlean Hunter on a 1970 PBS entry, "Jazz Alley." Beware of 20 second technical glitch early on in the proceedings
Posted by Bill Reed at 6:59 AM 1 comment:

In the show, which had the first of five performances on Saturday night, the studio’s history is told through selected movie songs performed by the strongest cast I can recall in the three decades I have been covering the series. Christine Andreas, Polly Bergen, Jason Graae, Sue Raney and Tom Wopat cover all the bases. The pianist Mike Renzi, a one-man pop-jazz orchestra leading a trio that includes David Finck on bass and Dave Ratajczak on drums, maintains a confident balance between the swinging and the rhapsodic.
The show’s unofficial theme song is that still-fresh 75-year-old takedown of Tinseltown, “Hooray for Hollywood,” with lyrics by Johnny Mercer and music by Richard A. Whiting. The song reminds you that craziness and egomania have always ruled in “screwy bally-hooey Hollywood” and that its dictum, “Go out and try your luck /you might be Donald Duck” still applies.
In Mr. Reed’s dishy, anecdotal history of the movie studio and the founders’ fraternal strife, Jack L. Warner and Bette Davis are among the fearsome battling titans he brings to fulminating, fire-breathing life. A film clip of Davis singing and cavorting to the World War II song “They’re Either Too Young or Too Old” is priceless. One casting coup is a rare New York appearance by Sue Raney, the West Coast pop-jazz singer who delivers the hits of Doris Day in a voice whose astounding freshness belies her age (71). Her sound on Saturday suggested a clear pond over which hovers a light mist.
Another is a reappearance of the too-seldom seen Polly Bergen performing songs from her 1957 “Playhouse 90” show, “The Helen Morgan Story,” in a deep torchy voice that infuses high drama into a medley of “Don’t Ever Leave Me,” “Why Was I Born?” and “Bill.” With semi-operatic flourishes, Ms. Andreas does the same thing to “The Man I Love” and “Days of Wine and Roses.”
Mr. Graae, a fleet vaudevillian clown, conjured Ray Bolger and James Cagney in “Once in Love With Amy” and “Give My Regards to Broadway.” Mr. Wopat’s tough, barked “Blues in the Night” projected the image of a restless drifter champing at the bit. His “I’ve Got You Under My Skin” took on an unusual edge of self-laceration.
In the past couple of seasons Lyrics & Lyricists, under the aegis of its artistic director, Deborah Grace Winer, has made considerable progress in shucking off a deadly aura of staid historical mustiness. “It’s Magic” uncorks the bottle and lets the magic fly wherever it will.
Posted by Bill Reed at 12:11 PM No comments: