The real FACE IN THE CROWD

It's Arthur Godfrey birthday time on 8/31. He'd be 107. Why do we still remember him? Because overnight on November 19, 1953 Godfrey managed the extraordinary feat of going overnight from being the most beloved figure in show biz to, in all likelihood, the most reviled. Read all about it here: www.juliuslarosa.com/julie'sstory.html
From this blog of a while ago:
Such a bastard, in fact, was Godfrey that his wife of 40-some~odd years divorced him on her deathbed in 1983. Talk about having the last word!

Maybe Gertrude Stein never really replied, “What is the question?” to Alice B. Toklas’ “What is the answer“?“ And perhaps it's not true that jazz drummer Buddy Rich, when asked by a doctor, “ls there anything you’re allergic to?” replied “Yes, county and western music.“ One would like to think, though, that these are not apocryphal true stories.

And it's also "nice" to think that, according to singer Julius LaRosa, when Godfrey was on HIS deathbed and a nurse inquired, “Is there anything we can get you, sir?” “Yes,” he is said to have answered. “Get me some friends.”
LaRosa told me that one a while back in an e-mail, He also wrote to me at the time: “And another display of the man‘s personality/character, which recollection still stuns me. It‘s a Thursday afternoon, he's just flown me and [singer] Ian Davis to his farm in Virginia, At the airport, his wife and son, I guess 9 or 10 years old, are there to greet him. As the "Old Man" steps off the ladder his son comes up, extends his hand and says, “How do you do, Sir?" To his father!! An image which still astonishes mel”
Posted by Bill Reed at 7:53 AM No comments:

DRAMATIS PERSONAE OF: THE LEONARD REED STORY: BRAINS AS WELL AS FEET 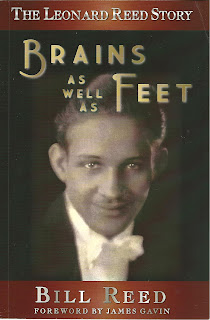 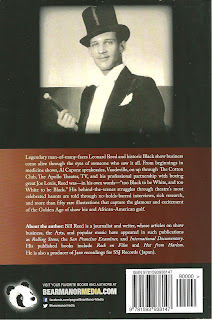 QUEEN OF THE BLUES

8/29 is Dinah Washington's birthday! Here's a section on the Queen of the Blues from my book HOT FROM HARLEM:

Three scenes from "Unforgettable": an imaginary movie based on the life of Dinah Washington.
Scene one
"Any minute now that son-of-a-bitch is going to come through that door," Dinah Washington shouts. She thrusts out her hand—a drink tightly clutched in it—in the door's direction, and holds it there for several seconds. Then she pulls it back, mutters something inaudible, and takes a swig of her drink. The dressing room is very quiet, very intense. This isn't just another date. This is the "downhome" and popular Roberts' Show Lounge in Chicago, a club Dinah has played many times before. Ordinarily she'd be laughing and joking with the  musicians, holding court backstage as friends and admirers dropped by to pay their respects between sets. She'd be cooking too, passing around plates of  some special dish or other to whoever wanted it. And above all there would be Dinah's furs. She loves nothing better than taking out her many minks and sables to comb and pet them. She loves showing them off to others. She loves looking at herself before a full-length mirror. Tonight, though, Dinah isn't in the mood, and she isn't making her upset a secret.

"That son-of-a-bitch from Mercury Records," she barks to her band leader, Danny Young. "Jacking me around for months, and now he's coming over." She tells Young how her contract is coming up for renewal with the record company, and how they aren't rushing to have her re-sign. "They're trying to bluff me, those mother-fuckers—trying to get my price down." Then comes a knock at the dressing room door. "Well, who the hell is it," Dinah yells, knowing perfectly well who is there.

The record executive, a typically middle-aged, business-suited individual comes through the door. Dinah sits with her back to him. "Can we talk a  minute?," he asks. Go ahead and talk," she says, not moving around to look at him. "I'm not going anywhere."

"Well, it's private," he says pointing at Danny Young.

"Shit!," hisses Dinah. "You can say anything in front of him you want to, but you won't change my mind. I've spoken to three other companies already. You fucked up."  The man puts a large box on the dressing room table before her.

Mr. Mercury Records then leans over the box and opens it slowly. It is a mink coat. White. Full-length. Tens of thousands of dollars. Dinah stops talking; Dinah starts smiling. A great big lusty smile obliterating the gloom that had come before.

"Well, why the hell didn't you say you wanted me to sign the godamned
contract?, she says, picking up the mink coat and wrapping it around her in a continuous motion.
Everything is going to be alright.
Scene two
The occasion is a Royal Command Performance in Great Britain in the late 1950s. Orchestra leader Val Parnell strikes up the first few bars of "Unforgettable" Out strides Washington onto the stage of London's Palladium. She looks up approximately in the direction of the Royal Box. A mischievous look passes over her face. "There is one heaven, one hell, one queen and your Elizabeth is an imposter," she outrageously remarks, then launches into her opening number. Cut to a shot of HRH Elizabeth II, Queen of Great Britain, not knowing quite what has hit her.
Scene three
A montage of Dinah's 1963 funeral. At a Chicago mortuary 25,000 mourners come to view the body, 6,000 attend her funeral, and 30,000 attempt to attend memorial services at the Detroit church of Aretha Franklin's father, the Reverend C. L. Franklin, which is inundated with 400 floral sprays. The casket is solid bronze, she wears a glittering tiara, one of Dinah's many beloved mink coats is draped across her and expensive rhinestone shoes  twinkle up at endless procession of those that has come to pay tribute. The cortege consists of twenty-five Cadillac limousines and over a hundred cars, resulting in a thirty block traffic jam. 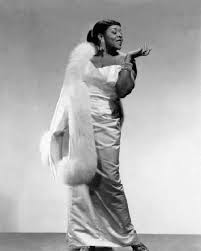 IT'S THE BIRTHDAY OF MARTHA RAYE

In honor of the occasion, here's a track by her daughter, Melodye Condos. 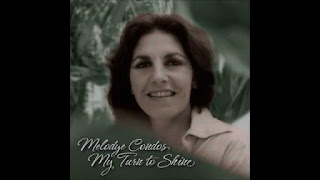 Hear here:
Posted by Bill Reed at 8:36 AM No comments: 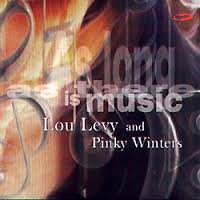 I was at a party one time in NYC and w/o advance alert Pinky Winters came descending a spiral staircase lip sync-ing this---her recording of Flying Down to Rio on the stereo---with a mixing bowl and spatula whomping up a mess of Al Cohn brownies. I thought to myself, "My god, Bill, are you EVER in hipsville! This could never have happened to you back in West---by god---Virginia." This is the recording in question: Pinky, with Lou Levy on piano, and Rob Pronk cond. & arr. the Netherlands Metropole Orch. Don't try to buy this CD unless you've got a C note or two to spare.
Posted by Bill Reed at 5:35 PM No comments:

How much less wuner'ful my adolescent years would have been w/o Mag Mag and Stan Freberg. The latter actually made watching TV commercials tol'able. Witness his immortal Heinz soup ad. He died this year at 88, but his dozens of great parody discs live on!
Posted by Bill Reed at 8:29 AM No comments: 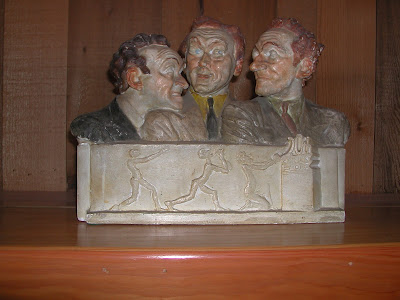