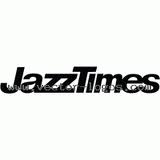 Read this really nice review of From California With Love here
Posted by Bill Reed at 1:20 PM No comments: 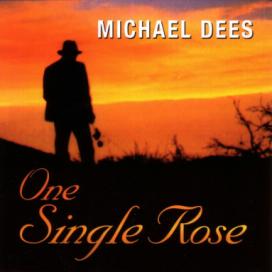 Happened upon this 2009 Susan McCray radio interview with singer Michael Dees, of whom critic Rex Reed recently remarked, "A soupcon of Sinatra, a pinch of Frankie Randall, and swinging all the way." You can find out for yourself on August 29th when Michael (accompanied by the Terry Trotter trio) performs at Vitello's in Studio City. It's Michael birthday, but the listener gets all the gifts.
Posted by Bill Reed at 12:29 PM No comments: 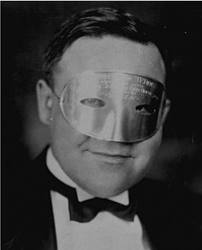 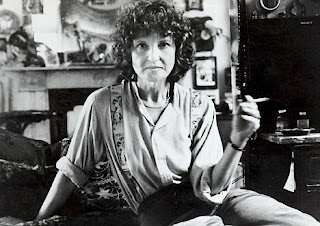 The mailman just delivered copies of Bobbi Rogers' 1980 recording,Tommy Wolf Can Really Hang You Up the Most. (It's now available on CD for the first time. . .in Japan, natch. It is a personal favorite, and I'm (I'll go so far as to say) proud that I played a small part in getting this miracle-of-a-recording back in print. I wrote a bit about the CD and Ms. Rogers in a blog entry a few months ago.

I didn't really do much except to put Toshie Miyaki , of Celeste Records , together with Mort Fega, the producer of the original recording and owner of the master. And, oh yes! At the very last minute, when Wolf's publisher couldn't supply the songs' lyrics for the CD booklet, I copied them while auditing the recording. At first, it proved a bit slow-going and tedious, but finally, when I realized just how good (was there ever any doubt?) Fran Landesman's lyrics are, I realllly got into the process of playing lines over and over again to get it just right (they really hold up even under the closest of scrutiny).

This is now available at amazon.com. And while, per usual with Japanese CD imports, the price is, ahem, a trifle high, in this case I would say the it's definitely worth every last penny of the 33 simoleons that it costs. It is also possible that allmusicservices does or will soon have copies.

Celeste has packaged this quite nicely, with liner notes also in Japanese by Keizo Takada, and Mort Fega did a beautiful job in overseeing the digital remastering of the disc just before his death earlier this year.

The event last Saturday night at North Hollywood's Vitello's to raise money for victims of Japan's recent natural disaster was highly successful despite fears of negative attendance impact from the 405 freeway closing., i.e. "Carmageddon." There was a nearly full house and many CDs were sold. Importantly, too, was the level of artistry achieved by the six participating "acts" which included singers Kurt Reichenbach, Diane Hubka, Leslie Lewis (& pianist Gerard Hagen), Michael Dees, Pinky Winters, and Sue Raney. The house band was made up of pianist Jim Cox, bassist Tom Warrington and drummer Ralph Penland. That's a true "first call" outfit if there ever was one!

Each artist performed three or four numbers and so there was much shuffling on and off the stage, but the whole thing ran like clockwork with nary a single hitch. Singer Reichenbach was (his phrase) the "connective tissue", i.e. emcee that held it all together. Each singer was at the peak of his or her powers that night, and if there had been encores built into the format, the evening would have gone on for far longer than its final two hours or so. The audience seemed especially unwilling to let singer Michael Dees leave the stage at the conclusion of his "turn." His Night and Day" nearly blew the roof off the place. I observed the faces of the performers watching their fellow acts on stage and they seemed to be in a constant state of appreciation at what they were experiencing. Nearly every "turn" elicited a standing ovation from the audience, and I don't think I saw a single walk-out during the entire evening.

For more info the From California With Love CD, go here.
Posted by Bill Reed at 7:01 AM 2 comments:

GREAT MUSIC FOR A GREAT CAUSE! 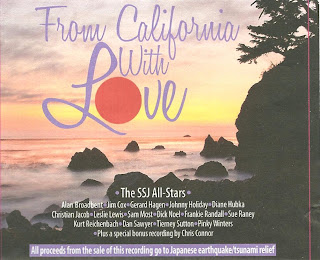 AVAILABLE TODAY AT CDBABY
Posted by Bill Reed at 9:04 AM No comments: