I feel honored to have written the liner notes for singer Michael Dees' forthcoming CD "The Dream I Dreamed" (release details to be announced shortly).Inasmuch as all 14 tracks possess music and lyrics by Michael, I should have written "singer-SONGWRITER Michael Dees." Here is but a taste of the opening track, "In a Moment, featuring, as does the CD throughout, Terry Trotter (piano), Chuck Berghofer (bass) and Steve Schaeffer (drums). And on this track, Doug Webb (tenor sax) & Don Williams (bongos). The tempos, moods and themes of these new numbers vary greatly throughout the album, but the one thing they have in common with "Moment" is their stick-to-itiveness. Hear 'em once and—à la "Rodan"—you probably won't be able to get these "monsters" out of your mind. Here's a clip:

Click and chip in: This is a request for some economic assist in getting a Preer CD released. There is NO commitment just for viewing the Indiegogo page and video. Pass it on . . .
Posted by Bill Reed at 8:08 AM No comments:

Current batch of SSJ (Japan) releases includes a fairly "new" issue, i.e. the Japanese version of singer Linda Purl's 2013 U.S. release entitled---on SSJ as well---"Midnight Caravan." With a bonus of Purl singing "Shall We Dance" in Japanese (quite well, I think). A very rewarding CD; it includes a verse to "I Feel a Song Coming On" that I have NEVER  heard before, and an Ira Gershwin - Vernon Duke rarity, "Spring Again." The second SSJ is by a singer who's fairlee recherche, Norma Mendoza. It's a reissue of her 1960 "All About Norma" (as opposed to "Ronnie"). Demonstrating once again that ---in general---fairly much everybody USED to be able to sing. In other words, a very commendable effort. Maybe a One Shot Wonder? 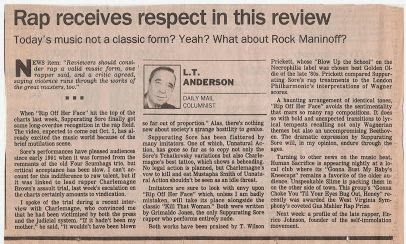