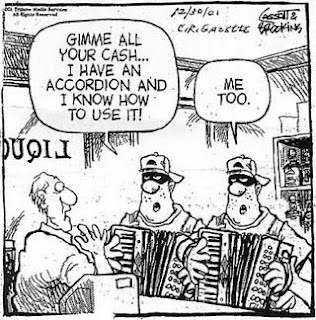 I told a friend of mine who is an accordionist about your cartoon. He is going to have several of his California friends pay you a visit, with accordions of various sizes

I went to a garage sale a few years ago and saw an accordion. I asked the lady how much it cost. She exclaimed that she would pay me $5 to take it.